When I returned to the U.S. in September,  I was excited about starting a cross-cultural intentional Christian community in Tarime, Tanzania.

As September and October became November and December, though, doubt began to take the place of excitement. I was spending more and more hours working my part-time jobs to pay my living expenses and was finding very little time to work on the community. And although many people who know me well had affirmed me, saying that intentional community work really matches my skills and gifts, I started to realize how hard this might be, and I started to feel a need for further training, as well as several months of experience living in intentional community. Where was I going to find that? I was having a hard enough time just paying my bills. The questions kept coming, and they hurt.

Is this ever going to get off the ground?

Am I really qualified?

Can I really become qualified?

Things started to look up, though, when Rev. Ceciliah Igweta was kind enough to take an interest in our project. She invited me to come out and visit the folks at the Missional Wisdom Foundation. They do training on starting intentional Christian communities, as well as overseeing several of their own intentional communities.

They were very kind to me during my visit and agreed to let me join as a student in their training program (called Launch and Lead) even though I had technically missed the deadline to enroll.

In April, they invited me to come live there, and I moved in on June 23rd. I’ll be here for the next seven months, learning what it is like to live in intentional community and to get to know our neighbors.

Around the time that I went out to visit Missional Wisdom, I met with someone else who wanted to help me make this community a reality. Rev. Don Woolley, director of the QuadW Missional Internship, let me know that they were interested in starting an intentional community in Tanzania, as an international site of QuadW. We were excited to learn that we saw the same vision for the community, and he (along with Eric Soard, Fred Otieno, Emmanuel Pius, Frank Karoli, and Leah Wilfred) helped me with the process of turning this vision into concrete plans and budgets. 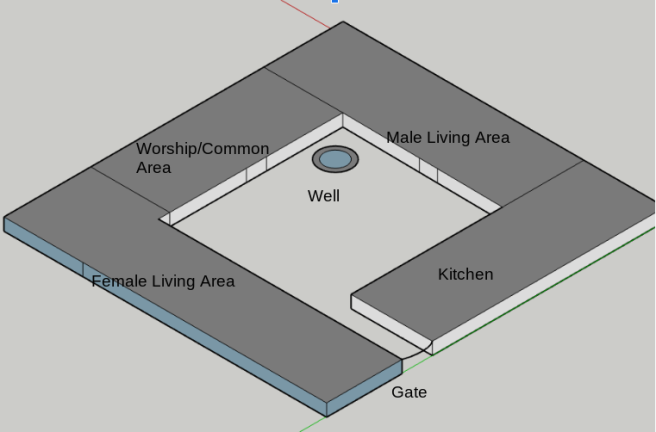 On May 23rd, we presented these plans to the QuadW Missional Internship Board of Directors, and they unanimously approved. I will return to Tarime, Tanzania during February of 2020 to get things set up and then we will launch during August of 2020.

I still have a lot more to learn about intentional community, as well as more money to raise, but it feels so good to be moving forward. Thank you to all of you who have carried me from

uncertainty about whether this would actually happen

concrete plans and a start date.

The title? “Asanteni sana” just means “Thank you all so much”. “Jamani” is a Swahili interjection that you can put after something to add emphasis.

Thank you to each of you who have donated to help cover the costs of my training program and my move out to the Bonhoeffer House.

Thank you to every Church who has laid hands on me and prayed for me in Church. Those are special times for me. I don’t forget them.

Thank you to the folks at the Bonhoeffer House for being so incredibly kind to me over the last week and welcoming me into your community.

Thank you to Rev. Eric Soard for being such a faithful, consistent mentor and providing me with opportunities to love the people of Tarime, Tanzania.